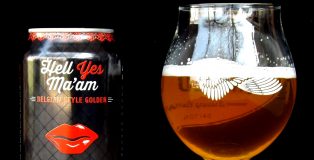 Many PorchDrinking readers already recognize North Carolina as one of the country’s best beer states, but most of the attention goes to Asheville in the western tip. The beer scene in Raleigh, several hours east, is exciting and vibrant as well and worthy of a weekend beercation. The greater Raleigh area hosts such heavyweights as Fullsteam Brewery, Lonerider Brewing, Trophy Brewing, Brewery Bhavana, Bond Brothers Brewing—as well as numerous other breweries—and a few top notch beer bars. Only one brewery in the City of Oaks bears the city’s name however: Raleigh Brewing Company.
END_OF_DOCUMENT_TOKEN_TO_BE_REPLACED