Who’s got the biggest… cans of them all? In walks Wynkoop’s Barrel Aged Rocky Mountain Oyster Stout in 19.2oz cans. Sure their can itself may not be the” largest” format craft can, but its “contents” may just be the most coveted this side of the Vanilla Rye-filled Mississippi.

The primary goal of testicle removal is not culinary. Castration in veterinary practice and animal husbandry is common and serves a variety of purposes, including the control of breeding, the growth of skeletal muscle suitable for beef, and temperament alteration.

This stout is made with malted barley, roasted malts and 25 pounds of bull testicles. It’s a brawny beer with deep flavors of coffee, chocolate and nuts. Okay, although the Rocky Mountain Oyster Stout started off as an April Fool’s Day joke in 2012, this Foreign Extra stout is all but a laughing matter. As you may remember, the RMOS made its debut during the 2012 Great American Beer Festival when folks really wanted to try what the April Fool’s Day stout would actually taste like. The draft-only beer earned press and consumer interest from around the world and led to long lines for the beer at Wynkoop’s GABF table. So, what is all the fuss? Why should you want to get your mitts on this ballsy stout?

Who's got the biggest… cans of them all. Introducing Barrel aged Rocky Mountain Oyster Stout in 19.2oz cans. pic.twitter.com/cuOBSkHuwi

The Oyster’s History in Stout Beers

The Rocky Mountain Oyster is a novelty dish, delicacy and Hors d’oeuvre but has nothing to do with oysters from the sea. Oysters have had a long association with stout. When stouts were emerging in the 18th century, oysters were a commonplace food often served in public houses and taverns. By the 20th century, oyster beds were in decline, and stout had given way to pale ale.

The first known brewery to use oysters as part of the brewing process of stout was in 1938 by the Hammerton Brewery in London, UK. The brewery was re-established in 2014 and is once again brewing an Oyster Stout.

Modern oyster stouts may be made with a handful of oysters in the barrel, hence the claim of one establishment, the Porterhouse Brewery in Dublin, that their award-winning Oyster Stout was not suitable for vegetarians. Others, such as Marston’s Oyster Stout, use the name with the implication that the beer would be suitable for drinking with oysters. 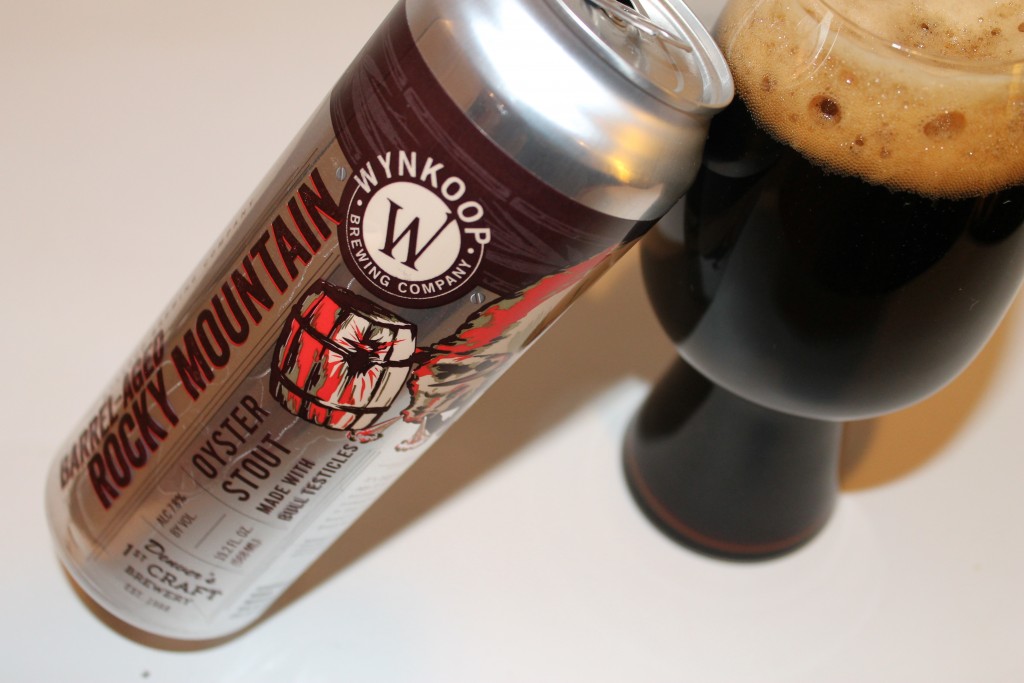 So, what does Wynkoop do to one-up the conventional oyster (made with ocean-grown kind) stout?

The beer is made in tiny 8-barrel batches (instead of Wynkoop’s usual, already small 20-barrel batch) and was the first in their Even Smaller Batch Series of beers. (A barrel of beer equals 31 gallons and two standard 15.5 gallon kegs.)

What does Barrel Aging lend to the already superbly smooth and creamy stout?

Most brewers barrel age less-hopped and higher alcohol beers, such as tripels, porters and stouts. This stout only weighs in at 7.8% so it will only pick up partial barrel flavors. Standard bourbon oak barrels are known for imparting oaky flavors of toffee and vanilla in an aged beer. The longer the beer sits in the barrels, the more intense the bourbon taste and the ABV count. Breweries tend to age beer in barrels anywhere from one month to one year. Once the beer is bottled (or canned in this case), it rests to allow all of the flavors to evolve to produce a well-rounded beer. This beer waited in the shallows for 6 months before hitting the canning line.

Appearance: Pours a very deep brown to black in color. It boasts a large tan to brown head with good retention and settles into liquid velvet.

Mouthfeel: Medium-full to full body, with a smooth, creamy character. A warming impression from alcohol presence only after a few quaffs and really sets in on the mid-palate.

Overall Impression: Very dark, moderately strong, and roasty ale. Mammoth coffee roars out of the glass, followed by blasts of sweet molasses, dark chocolate, caramel, and a distinct bourbon taste. Creamy and smooth and everything you would want out of this BA Rocky Mountain Oyster Stout.

Pairs well with: Rocky Mountain Oysters (naturally) but also grilled steaks and most red meats. Like most stouts, the Barrel Aged Rocky Mountain Oyster Stout is best served with sweet desserts, especially ones with chocolate in the recipe like the toffee my homie, Nicole Lowery, made for Christmas. This is also excellent as a stand-alone, after-dinner drink. 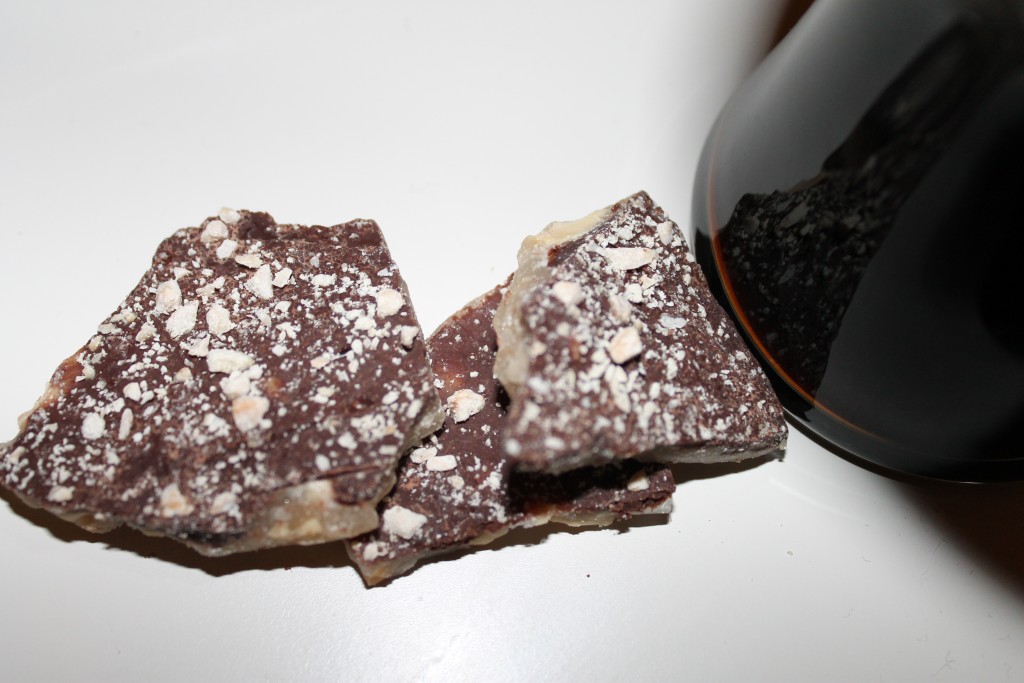