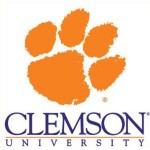 The Clemson Tigers started the season ranked as the number 19 team in the Associated Press Top 25 at the beginning of the season but pounded their way to a 13-0 undefeated season. They put up over 40 points in six games, including forty-five points in the ACC Championship game. Sophomore Quarterback DeShaun Watson finished third in the 2015 Heisman voting. The closest games against the Tigers were weeks three and four. The Tigers beat Louisville by 3 points and Notre Dame by 2 points respectively due to being held to under 25 points in both games. The key to the Tigers success is playing a full four quarters and not giving up late touchdowns. Will their undefeated streak continue?

Top Rated Beer in South Carolina According to Beeradvocate

The Oklahoma Sooners boasted an impressive 11-1 record this season. The one blemish on their record was a loss to the rival Texas Longhorns in the Red River Shootout. Perhaps this was a blessing in disguise because they made adjustments on defense and the wins followed. The Sooners scored over 40 points in nine games this season. Baker Mayfield transferred from Texas Tech to the Sooners becoming a significant upgrade in the quarterback position and finished fourth in the 2015 Heisman voting. He was the first walk-on true freshman to start a season opener at a BCS school. The key to the Sooners success is to protect Mayfield and if Mayfield scrambles, he has to avoid situations where he is potentially knocked out of the game. How big a game will Mayfield have?

Top Rated Beer in Oklahoma According to Beeradvocate

The Alabama Crimson Tide posted a strong 12-1 Season. They kept their opponents to 14 points or less in eight of their games. The lone loss was a high scoring showdown against Ole Miss losing 43-37 in week three. The Bama offense continued strong all season putting up over 21 points in all games except one. The star player on the offense is 2015 Heisman winner, Running Back Derrick Henry. The defensive has been a goliath for Bama. They has led the nation in fewest points allowed per game and yards allowed per game. The key to winning is for their offense to find ways to crack open the Spartan defense. Will this be the first time Saban loses to a former employee?

Top Rate Beer in Alabama According to Beeradvocate 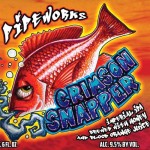 The Michigan Spartans finished with an impressive 12-1 record. Nebraska got the best of the Spartans in week nine. This was the only time the Spartans gave up over 28 points to an opponent this season. Like the other teams in the college playoff, the Spartans also had a 2015 Heisman finalist in quarterback Connor Cook. When I think of Spartan football this year, I think of a well coached defense under Mark Dantonio. The front seven have opponents averaging only 3.6 yards per carry.  The Spartan defense have a conference-best 28 turnovers this year together. 2015 Heisman winner Derrick Henry is a formidable opponent to challenge them. The Spartans key to the game is for the defense to cause turnovers and get the ball back to their offense. In this defensive showdown, will Dantonio best his former boss Saban?

Top Rated Beer in Michigan According to Beeradvocate

What is your favorite beer to drink while cheering on your team? Any beers you wish were on this list? I hope everyone enjoys the playoffs and at least one good beer or two. Let me know what you are drinking. Cheers!