It’s almost here!!! In preparation for the opening day of NYC Beer Week, I had a conversation with Kelly Taylor, President of the NYC Brewer’s Guild (host for NYCBW) and owner of KelSo Beer. Keep on scrolling to find out the inside scoop on what’s happening in the Big Apple, and how to line up your itinerary!

PD: To give readers a bit of background on the NYCBG, can you walk me through its inception and how it came to life?

KT: NYC Brewer’s Guild came into inception in the fall of 2011. We had some meetings and the main concept was to take over NYC Beer week from a fellow who ran it before us, Josh, who was running it as a sort of passport program where bars would buy books and resell them during beer week, which was then held in September. He would have big events and festivals to sells these books throughout the week that have discounts for the course of the year. It was geared around discounting craft beer and giving discounts to people who bought the book. We brewers don’t necessarily like coupons and discounting. We think our beverage is a premium product already.

A few people in the craft beer community said, “Why don’t be take this over from Josh and run it ourselves, so we can present craft beer in the way we wanted it to be presented?” We wanted to make sure we were marketing and talking about NYC Beer Week in away that the manufacturers wanted. We bought out the assets and moved beer week from September, which is typically pretty busy with festivals, outdoor fairs etc., and moved it to February. We thought, if we host it at the end of Feb, we have a good 6-7weeks of promotion of whatever we curated. The idea was to move it to drive awareness when there was little else going on.

So, NYCBG was started with the expressed purpose of taking over NYC Beer Week.

What do you think is the most important impact or benefit of hosting NYC Beer Week?

In order to make it fair, it was started as a 501(c)(6) non-profit. With this set-up, you can market the industry but you cannot market individuals — which guarantees profit will not go into an individuals’ hands. It evens out the playing field. So, you have Brooklyn Brewery at the same table as Bridge and Tunnel, polar opposites in brewery size. They sit at the same table to discuss how to run NYC Beer Week and sit there equally.

As your biggest annual event to promote the craft beer industry, what are your top expectations for 2016’s NYC Beer Week?

Really, what we are trying to do is, expand the awareness of the NYC craft beer scene. And that’s been very, very hard to quantify over the years, almost impossible. Even the wholesalers say, “Did you sell more beer this beer week?”, response, “Eh, kinda”. We don’t know where we stand; we are trying to grow the industry and drive more traffic into NYC at a typically slower time of year. So what we’ve done this year is created an app called NYC Beer Week, for iPhone and Android, for the month of February. In March, it will turn into the NYC Beer Trail app to feature events and destinations in NYC curated by the NYCBG that update weekly.

My expectation for beer week this year is we will finally have a trackable data center in the app where we can see what kind of engagement we are seeing in the city and outside of the city. We are creating a baseline for our effectiveness in our marketing reach, which is the first time we’ve found a good medium for that. You can go by ticket sales, website hits and things like that, but they aren’t reliable sources for us to tell where our traffic is coming from. The app will be valuable because you have to know who is downloading, where its going, if people are downloading in NY, PA, CT, etc. And when you put ads out or social media feeds out for promoting the app, you can see how effective those outlets are. It will help create a robust environment for craft beer consumption, but to do that you have to know who your customer is and where they are coming from. Our expectation is to get a baseline of who is paying attention, what is engaging and what people are enjoying. We want to be sure we are putting the beer forward and communicating to the right audience.

The list of events, activities, tastings etc. offered this year is long – are there any that you’d label as a MUST attend or are particularly excited about?

The NYCBG itself is producing two events. The opening bash is a cruise where a boat rides around the Statue of Liberty with 30 breweries, 5 local food vendors and a DJ. I think that’s pretty kick ass! We were trying to think of what was the most iconic venue in NYC. The New York City waterfront is one of the most iconic waterfronts in the world, are you kidding me!? That’s a must-see. Then we are doing the closing awards with 75 different beers and over 150 different casks. Its going to be a massive cask-fest and we will be doing people’s choice awards like Favorite Bartender, Beer, Event, things like that, so people can go online and vote, and there will be some voting on the app! We will also be raising some money for City Harvest. We raised $2k last year and hope to raise more this year.

Throughout the course of the week, there are a lot of other events we are not producing, but are helping promote. We want the bars, restaurants,  grocery stores etc. to get involved and have their own events. When we first started, there were like 6 breweries, and now there are about 22 in the city, which is nice. Obviously I am a little biased as I have my own brewery, but I think Kelso Beer has some awesome events! One is a five-course meal and beer pairing hosted at Colicchio & Sons on Feb. 25th.

On our app, we broke NYC down into what we are calling 11 different trails. UES, UWS, West Village, etc. are all on the app. We are trying to have a couple interesting and engaging events per trail; some have more, some have less, but the cool thing is there are a lot of different things going on everyday. So, its about where you are and what you want to be doing. The gist of NYC Beer Week is trying to make it an entire city of beer. Go out, celebrate! And here is a map and a tool to help you get through it.

Will there be special releases from partner breweries just for Beer Week?

NYC Brewer’s Guild will be curating for the 2nd year the SMASH Simultap, that releases on the 19th. A dozen different bars around the city will release the SMASH brews and you’ll be able to go around and preview them at this event first.

The SMASH beers all use the same ingredients from the same farmers, 100% NYC harvested and grown, but they are used by each brewery in different proportions. A brewer might have target ideas on what s/he wants to do, but it often comes out quite differently. These beers are eclectic and unique but quite good.

Since NY State is in the top 10 for beer production, do you have plans to collaborate with breweries outside of the city for future events?

The NYCBG runs meetings with a lot of brainstorming. We bounce ideas off each other and things grow organically. We throw stuff against the wall and see what sticks, come up with ideas that we like to do and are good at. We like to work with other breweries and get them out there. What ways are effective and come naturally? It makes sense to work with others and to do that within the state.

We started to do this with the sister brewery project, where each brewery in the city would pair up with a brewery outside of the city. As a result, a few pretty interesting collaboration projects are coming out will also be available during beer week. Some of those breweries will be side by side on the opening boat cruise. But pairing up doesn’t have to be a collaboration, it can be through tap takeovers, dinners, etc. Breweries will also bring in special stuff we haven’t seen before or haven’t seen in awhile.

NY state has a tremendous amount of farmland being under-used and a handful of small, eclectic breweries. NYC has a tremendous amount of market for those things. We need to bring in the breweries and agriculture from upstate and help drive the state economy. When you make the state stronger, the economy becomes stronger and your business flourishes.

However, in NYC, that is kind of challenging. It has a very cosmopolitan, international feel and isn’t really about “local”. It should be more local, but has always been about “the best of the world”. In the same token, NYC is part of a community. And when you reside within your state, you have a responsibility to your community. 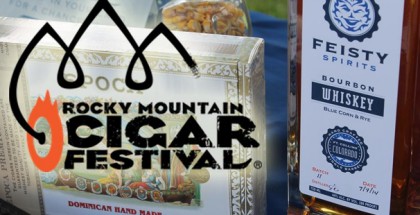 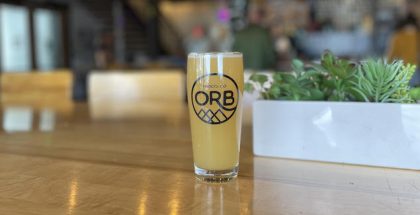