Over the past few summers, goses and Berliner-weisses have been popping up like crazy. Since I have a deep-seated love of all things sour, I’ve been loving the barrage of tart beers that have been hitting the market lately. Luckily, Victory Brewing Company‘s Kirsch Gose is readily available in Pennsylvania, and I decided to have a few!

As a frequent flyer in Victory’s Downingtown, PA brewpub, I was lucky enough to taste a few test runs of their gose before it was ready for wide release. I was quickly becoming a big fan when a bomb got dropped right on my head — the final version of Victory’s Gose would have an extra ingredient that wasn’t in any of the pilot brews: cherry. As a beer drinker who is historically closed-minded about fruited beers, this was very nearly a deal-breaker.

Named Kirsch Gose, a nod to both the style’s origins and Victory’s Brewmasters’ education in Germany (Kirsch is German for “cherry”), this brew is the company’s spring seasonal, but I don’t think it truly hits its stride until the heat of summer arrived. For me, tart, sour beers are real thirst-quenchers under the beating sun. Don’t you think?

Kirsch Gose pours clear, but the color is surprising because of the liberal addition of cherry gives this beer a distinct pink hue. This reddish tint immediately frightened my fruit-beer-hating brain, but I ventured a sip. The cherry wasn’t sweet as I anticipated, but was sour and very understated. It complemented the kettle-soured tartness of the gose very nicely. Its relatively low ABV (4.7%) makes for a good all-day drinker, whether you’re mowing the lawn or throwing horseshoes. 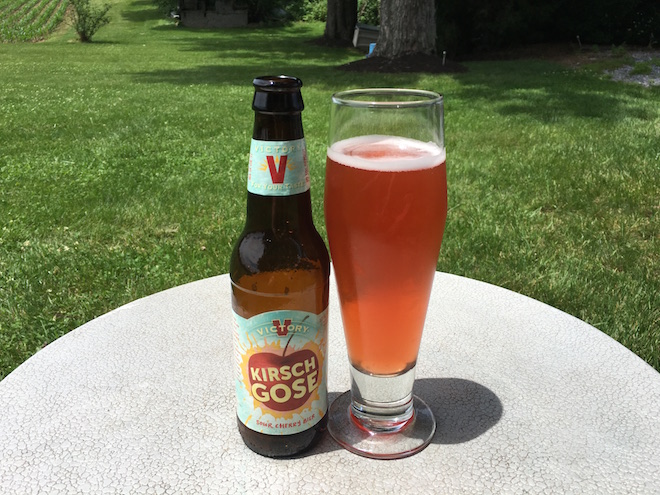 If you enjoy something crisp and tart on a hot day, look no further than Victory Brewing’s Kirsch Gose. It will go great with that sizzling burger on your grill, or it can help make the agony of yard work fade away. Personally, this is the beer that opened my mind to the possibility of fruit beers. I’m still a skeptic, but, thanks to Victory Kirsch Gose, I’ve found a few winners. Trust me. Why would I lie?

Full Disclosure: My girlfriend (and mother of my child) is an employee of Victory Brewing Company. She bought this beer with her employee discount, but the choice to review this beer was my own and no one else’s. All opinions stated above are mine and were in no way influenced by VBC. 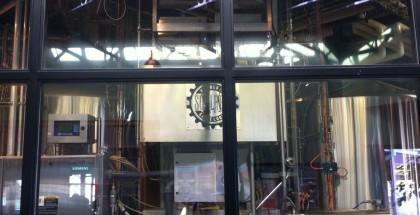 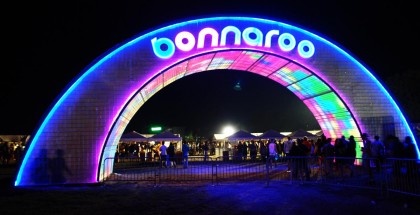