Details: WOAAAAAH! We were so excited to hear the news about Modern Times Beer coming to Colorado that we decided to throw a party in their honor!

Details: Tropical Paradise Imperial IPA is baaaaack! This bright fruity, hoppy IIPA brewed with Citra and Amarillo hops, fresh mangoes and ginger was our first seasonal ever brewed 7 years ago for our opening day! These were the days when Citra hops had just become popular, “fruited IPA” wasn’t part of the beer vocabulary, and IPAs still had IBUs! This beer quickly became one of our most sought after experimental beers, and we’ll be so glad to have is back on tap 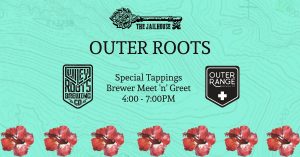 Details: On Thursday, June 27th we are kicking off Rapids & Grass Beer Festival weekend early with a tap takeover from Wiley Roots Brewing Company and Outer Range Brewing Co. plus a Music Workshop from Coletrain Music Academy! Enjoy delicious beers from two of the best breweries in the state and listen to incredible Bluegrass jams from Coleman Smith of Rapidgrass and his students.

Details:We will be releasing this year’s batch of Key Lime Tau. A Wild Ale Aged in Oak with Fresh Lime Peel, Lemongrass, and Lactose. Brewed in collaboration with Hawkshead Brewery.

Key Lime Tau will be available on draught and to go in 375ml bottles.

We are digging into the cellar and bring out some bottles of Key Lime Tau 2015.

Key Lime Tau aged in Leopold Brothers Cherry Whiskey barrels will be on tap. This is the first time this beer will be available outside of our Cellar Reserve membership.

We will be serving Key Lime Tau Beer Slushees too!! 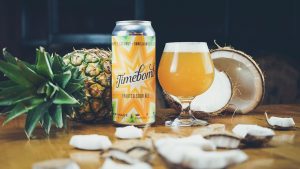 Details:Our collab with Dancing Gnome Beer returns, this time with pineapple, coconut, and vanilla. This sour ale clocks in at 6.5% and comes in 4pks. Get ’em while you can!

Details: We don’t think you’re ready for this! Our blueberry wheat beer, Blootylicious, will be released in 16oz 4-packs for the first time ever!

This can release party will feature 4-packs of this beer for $14 each, however anyone wearing “jorts” (cut-off jean shorts) to the event will receive $2 off one 4-pack. There will also be new Blootylicious merchandise for sale, fun music, food trucks, and of course plenty of “blooty” to go around. Limited quantities available

We will also be releasing 4-packs of Urban Lumberjack Hazy IPA. $14 each. Limited Quantities available

Details:  On Friday, June 28, join us for the Official Kickoff Party for the 3rd annual Rapids & Grass Beer Festival! We’ll have special tappings from some of our favorite breweries in the West/Southwest including Beachwood Brewing/Beachwood Blendery, Firestone Walker Brewing Co., Jester King Brewery, La Cumbre Brewing Co., and Sierra Nevada! Be sure to check all of these folks out at the festival too!

From 4:00–6:00 p.m. Alex Johnstone of Rapidgrass will be picking some high energy Bluegrass tunes on the back patio.

After the kickoff event, there will be FREE live music from Head for the Hills at The BEACH 7:30–9:30 p.m. followed by an After Party show at the Surf Hotel Ivy Ballroom from The Movement at 10:00 p.m.!

**Tickets for the After Party shows may be purchased at ivyballroom.com or at the door.

Details: On Saturday, June 29, it’s the 3rd annual Rapids & Grass Beer Festival! Sample beers from 50 of the best breweries from Colorado and across the US. Jam to a killer lineup of bluegrass bands throughout the day. Take in the mountain views and river sounds. Sleep under the stars at night.

Details: Because its sweet sweet summer time and we know you’re Out & About, having a good time…

We’re kicking off our favorite patio season with a Wet N’ Wild Street Party. And what makes this party so special? We’ll be featuring our brand spankin’ new O&A Colorado Craft Hard Seltzer. Its light, refreshing, and delish. Its for all the good times when you are Out & About. And because this is a summer party, we’ll have a water slide, a pool, some giant flamingo pool floaties, lawn chairs for chillaxing, live music, photo booth, games, food trucks, and did we mention O&A Hard Selzter? Don’t worry, we’ll have a special lineup of DBC craft beer as well. So picture yourself sipping cold bevies by the water, surrounded by good people, good music, and good vibes. Ready to grab your crew? Let’s elevate this party! 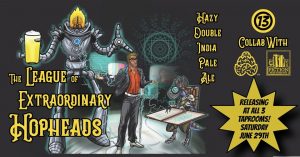 Details: We’ve teamed up with our friends from Cerebral Brewing and Fiction Beer and brewed a new collaborative Hazy Double IPA, The League of Extraordinary Hopheads.

All 3 taprooms will be releasing A League of Extraordinary Hopheads. Fiction and Odd13 will be releasing it on the 29th. Cerebral’s release date will be changing due to a conflicting event at their taproom. Stay tuned.

Details: THIS SATURDAY!
The first beer we have done in collaboration with a food truck, and it’s going [email protected] amazing!!
~~~~~~~~~~~~~~~~~~~~~~
🍓🍦🍓🍦
PITTER PATTER, our delicious Strawberry Vanilla Wafer Milkshake IPA!!
🍦🍓🍓🍓🍦
@thesouthernstraw food truck will be having his,
FIRST NIGHT, GRAND OPENING 🎊 with us!
Serving up his amazing food and also his collaboration dessert as well called Pitter Patter.
🍓🍓🍓
250 crowlers and on tap as well!
We will have shirts and stickers for sale as well

See you Saturday at 12 noon!

Details: We’ve teamed up with our friends from Cerebral Brewing and Fiction Beer and brewed a new collaborative Hazy Double IPA, The League of Extraordinary Hopheads.

All 3 taprooms will be releasing A League of Extraordinary Hopheads. Fiction and Odd13 will be releasing it on the 29th. Cerebral’s release date will be changing due to a conflicting event at their taproom. Stay tuned.

Details: Since we are finally rolling into summer over here, we decided to celebrate by hosting our first ever CAN JAM! For this run, we reached out to some of our favorite out of state breweries that we feel are making some of the best crispy bois in the country.

𝗪𝗛𝗘𝗥𝗘
In our parking lot!

𝗪𝗛𝗔𝗧
We will be receiving 2 cases of cans (mostly lager + brewers choice) from each of the participating breweries and we will be selling them in our parking lot. Cans will be for on-site consumption only.

We will not be releasing the full taplist until the day of the event, so keep an eye out on social media!

Miss B’s Vietnamese Food Truck will be out front starting at 2 p.m.!

Details: Time flies when you’re having fun! We’ve been in RiNo since 2013, and have been pumping out tens of thousands of barrels a year ever since.

At Noon: We release Big Bad Baptist Reserve in bottles and on draft. Bottles are $20.99, limit 4 per person. All you can drink draft. Get here early, we will sell out.

At 6:06 (because it’s our 6th birthday, get it): We release Cucumber Lime Lager, a collaboration with Red Rock Brewing, and, in Colorado at least, a taproom exclusive. Draft only. 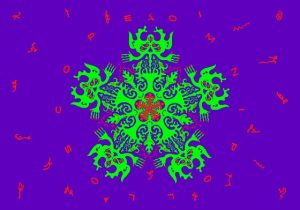 Details: ✨Omnipolloscope is Omnipollos biggest and baddest collab ever, it has taken over two years, many miles travelled and the joint efforts of some of the very best in the industry to create these 5 beers 🙏🏾 Now join us for the last leg of the journey, the synchronized global release of all 5 Omnipolloscope beers 🌍

OMNIPOLLOSCOPE #5 will be available to go in 16oz. 4-packs. All other beers are draught only.

Details: We are celebrating 4 years and want all #beerhunters to join us. This party includes a pig roast, live band, new beers and lawn games.

*Pig Roast starts at 2 p.m. ($15 plate and a pint).
**Live Music: Mary and the Weber Brothers 8 to 10
***Beer Releases: Give Me Liberty or Give me Boggy, an American Pale Ale 6% ABV and Sgt. Squarepants Pineapple Hefeweizen 5.6% ABV.
**** BCC Evolution will be onsite for mental health awareness (cash donations will be kindly accepted)

***NO GROUPONS, CROWLERS, GROWLERS OR FLIGHTS*** 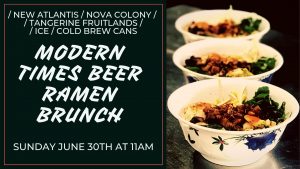 Details: Join us at Goed Zuur for a combination of two of your favorite things – MODERN TIMES BEER & CHEF ANTHONY’S RAMEN! 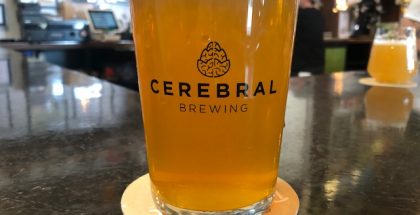