While those big pastry stouts that go heavy on the adjuncts might command the hype, long lines, big prices, and high trade value, they’re lacking one thing – FoBAB medals.

A message was sent from the  FoBAB judges once again in 2019: medal-winning beers need to show balance in the ingredients used and they need to feature the barrel. This isn’t a new message though. Looking back at the history of FoBAB medal winners (thank you to the guys at ABV Chicago for compiling the data) pastry stouts have not had a lot of success at FoBAB.

“It sure has been a hot minute since a pastry stout took the cake at FoBAB,” Mikerphone Brewing owner Mike Pallen said.

Brian Eichhorn has been the Competition Coordinator for FoBAB for the last five years. He’s been a BJCP (Beer Judge Certification Program) judge since 2010 and is currently a level four Grand Master with over 100 competitions judged. It’s his job to recruit the FoBAB judges and prep the beer descriptions for the judging.

“What constitutes a “pastry stout” to me, it’s a bit of a pejorative,” he said. “Beers that on paper would be construed as “pastry” don’t always show that way. Take for instance the top three beers in the Specialty Strong Porter/Stout (at FoBAB this past weekend). The gold & bronze are both vanilla beers. They showed beautiful balance, in my opinion, and were remarkably drinkable. When you’re talking about medal-winning beers, judges are going to look for that “I wanna drink more of this” moment. Those two beers were fairly “simple” by category standards but were just great drinking beers.”

Eichhorn noted that 27 beers in the Specialty Strong Porter/Stout category had vanilla in them which could actually hurt their chances of winning.

“I think that sort of saturation (in the category) also contributes to the odds of their success,” he said. “Vanilla works so well because it is synergistic with the roast/chocolate notes and actually can drive up the idea of chocolate in a beer. It also reinforces the most obvious addition of charred American oak from spent bourbon barrels. But, I will also add that there are a lot of vanilla beers that don’t turn out as well because they are too sweet. Sweet flavors can, in my experience, promote cloying taste in a high final gravity beer.”

But it was the silver medal beer, After Dinner Decadence, from Hidden Springs Ale Works that turned heads with its placement.

“It was definitely a pastry stout on paper, with marshmallow, chocolate, graham cracker, coffee, cherry,” Eichhorn said. “But, again, super drinkable. I think what can get conflated sometimes is “sweet” and “pastry,” though I think this really is missing the point often, both of what makes beer great and what makes beer drinkable. Sometimes I feel like breweries overwork beers to get to an idea instead of refining the beer to get all of the elements across.”

The Specialty Strong Porter/Stout category was created in 2015 to showcase the beer and any ingredients, outside of wood or barrel.

In the past three years, I can only find a few beers that I would consider pastry stouts with a long list of adjuncts that have medaled at FoBAB in the Specialty Strong Porter/Stout category. The first being this year’s silver medal winner After Dinner Decadence. This beer was drinkable because it was well balanced despite the laundry list of ingredients and the fact that Jim Beam barrels helped cut the sweetness nicely.

Consider Hidden Springs’ other beer this year at FoBAB, Black Aggie Birthday Cake. Also aged in Jim Beam barrels, this beer featured only two adjuncts, chocolate, and vanilla. The problem here was the barrel didn’t play as big of a factor. Instead of getting a nice balanced beer it felt like I was drinking chocolate frosting.

Another pastry stout to win was in 2017 with Mikkeller’s Beer Geek Midday Dessert. Another example of vanilla being the lead ingredient and winning in the category. Being three years ago I don’t remember having this beer but looking through tasting notes online “well-balanced” is used quite often.

“From what we have seen the last two years, vanilla showcases a great barrel-aged stout.”

Pallen added, “Vanilla/marshmallow is one of the reasons we typically use Heaven Hill barrels.  After having both Bottle Logic’s Fundamental Observation last year and Cerebral’s Vanilla Here Be Monsters, both of those had that perfect blend of vanilla and barrel.”

In 2018 it was Fundamental Observation from Bottle Logic, The Rusty Nail from Fremont, and Double Barrel-Aged Wheelhouse from Four Father Brewing that all took medals in the Specialty Strong Porter/Stout category.

“I think it’s just really dependent on what characteristics the judges are looking for in particular within the Specialty Stout category,” More Brewing’s Co-Owner Sunny Patel said. “If they are going based on BJCP style guidelines, it is possible that certain adjuncts stray the beers too far off for medal contention.”

“Based on the last two years, vanilla seems to be a favored component for that specialty stout category,” Patel said. “But our first year entered in, we won gold and Best In Show with BA Henna: Karma, which has cocoa nibs, coconut, and cinnamon, so next year we could see pastry stouts all take top spots.”

Many of the beers that experienced pre-FoBAB hype this year focused on a bunch of adjuncts, were very sweet and didn’t feature the barrel enough. That’s not to say that some didn’t taste good, some did, but clearly they weren’t what the judges were looking for when considering the medals.

“I think the beers (pastry stouts) themselves are great,” FoBAB committee member and Barntown Brewing Brewer Alex Lovinggood said. “I mean, who doesn’t want to drink something that tastes like Reese’s Cup all while getting a buzz. As far as them not winning the top spot at FoBAB, I think it all depends on the judges in the Best of Show round.”

FoBAB judges are looking for the barrel or wood to be the star.

“I think while the pastry style isn’t going anywhere, we will see a move back to people just wanting beer, barrel, and time out of their bourbon barrel-aged beers,” Lovinggood said. “This year, every one of the gold medal beers I tasted was barrel-forward.”

The creativity shifts from adjuncts to the barrel when you look at the Strong Porter/Stout category. 3-2-1 Double Barrel Stout, the gold medal winner from Wolf’s Ridge, use of barrels was creative and a dominant force in the beer. The beer started by aging 14 months in Tawny Port barrels before moving to Nocino barrels for another eight months. The judges rewarded that flavor profile which was driven by the barrel.

“It (3-2-1) was pretty crazy and exciting for the category,” Eichhorn said. “The primary quality that came from the barrel was from a fairly obscure Italian style amaro called nocino. It’s made from spices and green (unripe) black walnuts, then aged in a barrel. At any rate, it certainly added a lot of interesting character and, admittedly, pushed the limits of the category. But, to me, this is the point. There aren’t any adjuncts in the base beer, but it has so much additional character that doesn’t overwhelm the base beer. I wouldn’t be surprised to see more of that in the future.”

The other winners were Crystal Lake’s Boathouse Rye Whiskey variant and More’s BA Mehndi. Both were very barrel-forward with great notes of oak, spice, and char that went with their base beers.

In other notable news from the past weekend:

2019 was the first year since 2011 that a stout wasn’t named Best in Show or Runner-Up by FoBAB judges.

Indeed, those honors went to Bottle Logic’s barleywine and The Lost Abbey’s sour.

“I think it’s amazing that this year a Barleywine won Best of Show,” Pallen said. “That is a category that does not get much outside of the #BiL (Barleywine is Life) community.  Traditionally, the big stouts take home top honors, but not this year.”

As for the future of FoBAB categories, Eichhorn wouldn’t be surprised if there were to change down the road.

“Eventually I would expect to see Specialty Strong Porter/Stout go away and be replaced with something a bit more specific like “w/ fruit” or “w/vanilla,” but it’s sort of a moving target that we evaluate once the entries are submitted.”

At the end of the day, it’s the Festival of Wood and Barrel-Aged Beer. The judges have made it very clear that adjunct balance and notes from the wood or barrel need to be present in order to win. 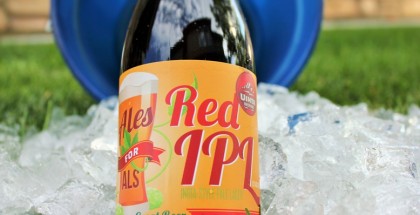