Dino S’mores is known for big flavors of chocolate and vanilla and this year’s was no exception. The non-barrel-aged version was excellent. The beer was balanced incredibly well with the roasted malt keeping the sweet adjuncts in check and not allowing this beer to be a bomb of chocolate. So looking at the barrel-aged version expectations were high and the addition of the barrel produced one of my favorite barrel-aged beers coming out of the Chicagoland area this year.

The barrel stars in this beer with notes of charred oak, tobacco, and molasses combining with the sweeter ingredients of vanilla and chocolate is sublime. Upfront one will get the chocolate notes, and as the sip develops the vanilla comes in a bit towards the end. However, what I liked is that the barrel remains prominent throughout. The barrel never overpowers the beer, but it’s what you remember the most. 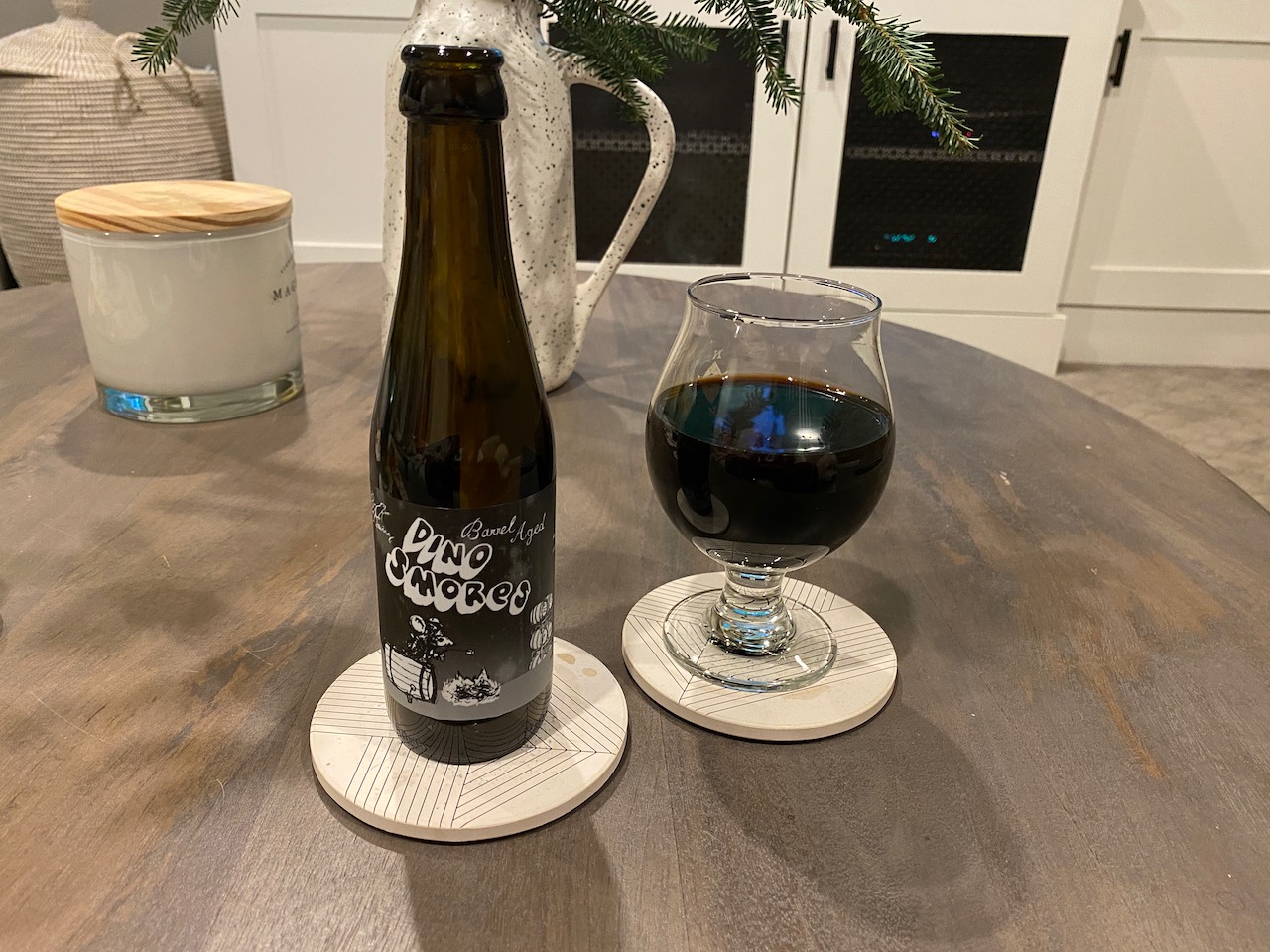 At 11% ABV, the package choice for Barrel-Aged Dino S’mores is much appreciated. While we see a lot of barrel-aged beers in 16-ounce cans and 22-ounce bottles, we are seeing more breweries going to 4-packs of 12-ounce cans. This allows the drinker to avoid having to commit to 16 ounces of high ABV beer, and it provides them with four opportunities to open the beer instead of a couple in the case of 16-ounce cans or just one with bombers.

We’ve seen a couple of breweries offer eight-ounce cans, but Off Color is the only brewery we know of doing 250ml (8.45 ounces) bottles for their barrel-aged beer. The amount is great for someone wanting to enjoy the beer alone at home. At 250ml you don’t get drinker-fatigue and the last sip is just as enjoyable as the first. At the time of publishing Barrel-Aged Dino S’mores was still available from Off Color Brewing’s online store for $24 per four-pack. 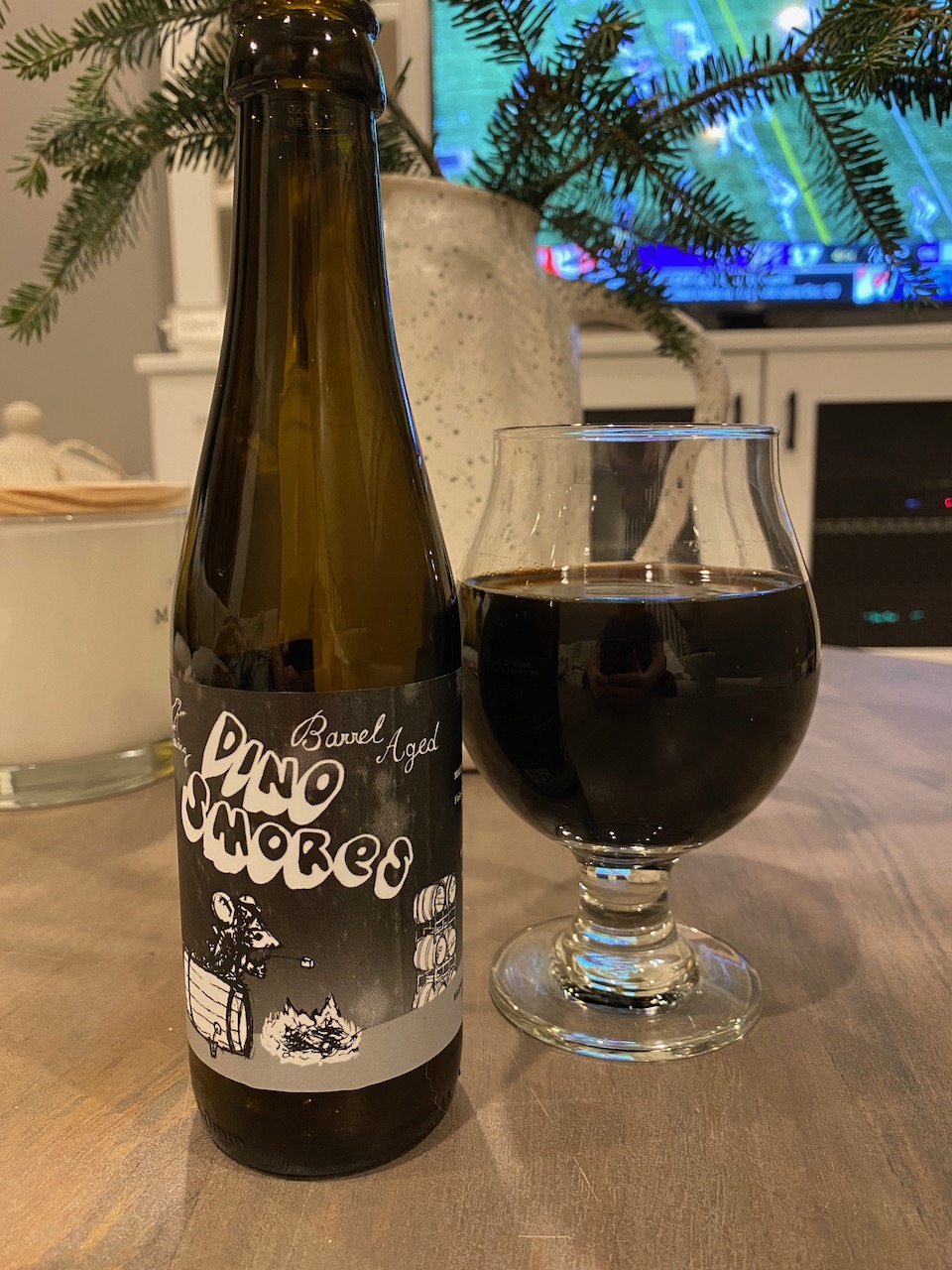