Quick, think about the best thing to pair with a beer. No, it’s not a medium steak. It’s not a spicy chicken sandwich or cheese, either. A hike and a new IPA to try afterward? Nope. Give up? Okay fine I’ll tell you. It’s your pets!

Whether it is walking your dog, cuddling with your cat or anything in between, you know how special those little moments are. A lot of craft beer drinkers have beers that are special to them, too, whether it’s the whale bottle you open on a special occasion or the local sixer you keep in the fridge.

Many of us at PorchDrinking have pets and we want to highlight beer styles or specific beers that we think our pets would be!

So now, grab a beer, sit back and think about your own pets as beers while we share our furry friends with you!

Paired with: Blended Sours (such as New Belgium | La Folie)

According to Chea, Lucy is playful and friendly, but extremely indulgent. Lucy is a hybrid pup with so many different layers. Her mix of French poodle and Cocker Spaniel is reminiscent of sharp, blended sours that have a puckering mouthfeel and a smooth finish—like New Belgium’s La Folie. While this designer dog (French Poodle) can get fancy AF, she’s also a down-home girl (Cocker Spaniel) who can get down with a box of House Red. You can follow along with Lucy’s adventures on Instagram at @lucy_the_cockypoo.

Paired with: A Tropical Stout 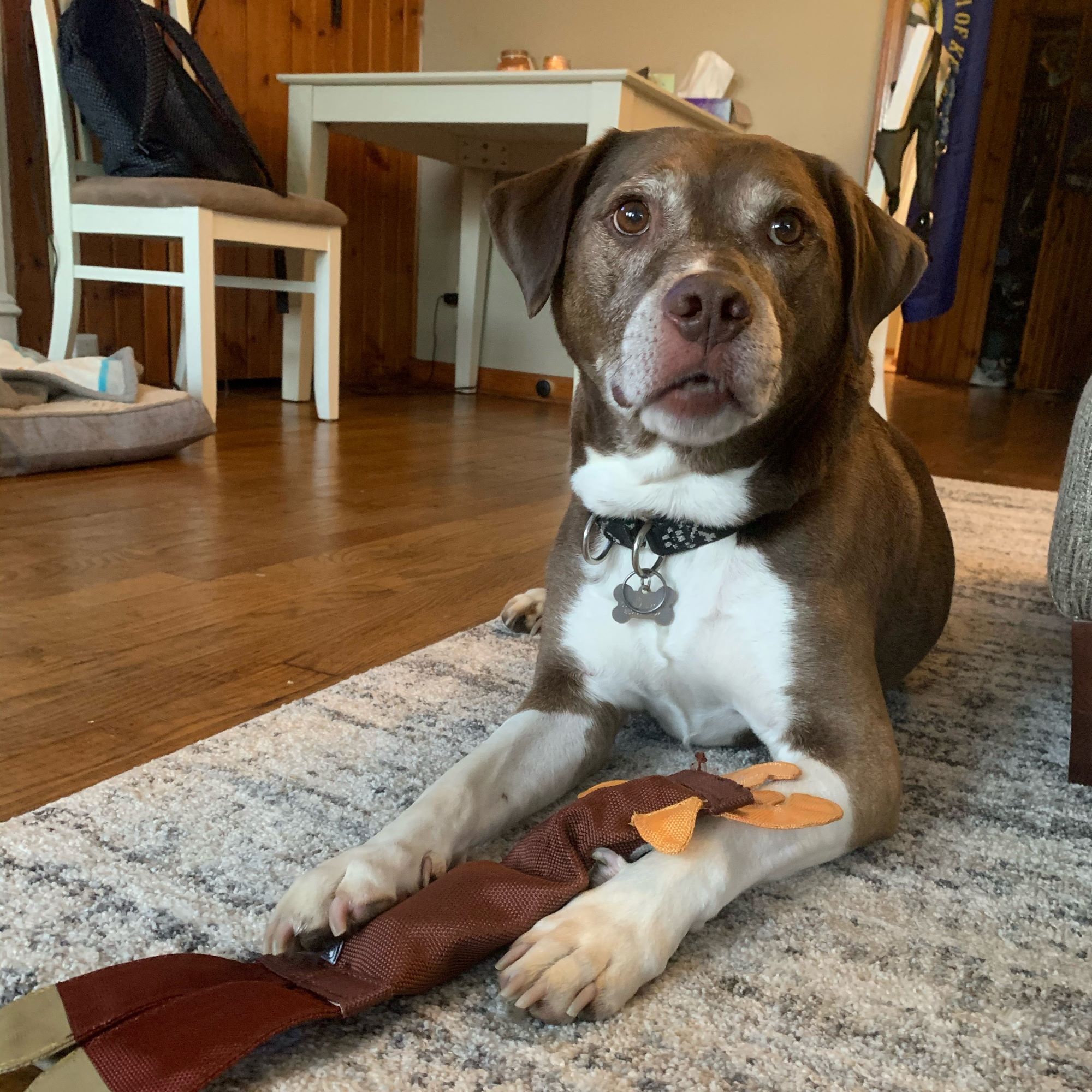 Willie is a Pitbull Mix, and therefore, people are always misjudging him based on the reputation of the Pitbull breed. The same goes for a Tropical Stout. Tropical stouts, according to BJCP descriptors of the style are: very dark, sweet, fruity and moderately strong ale with smooth roasty flavors without a burnt harshness. These Stouts, like pitbulls, are very smooth without the harsh bitterness like some other stouts (like WIllie). Willie is all bark and no bite. He’s the biggest baby and is terrified of the wind. He loves to snuggle and sit on you like a lap dog. Just like the Pitbull breed, Tropical Stouts are commonly a misjudged beer style. 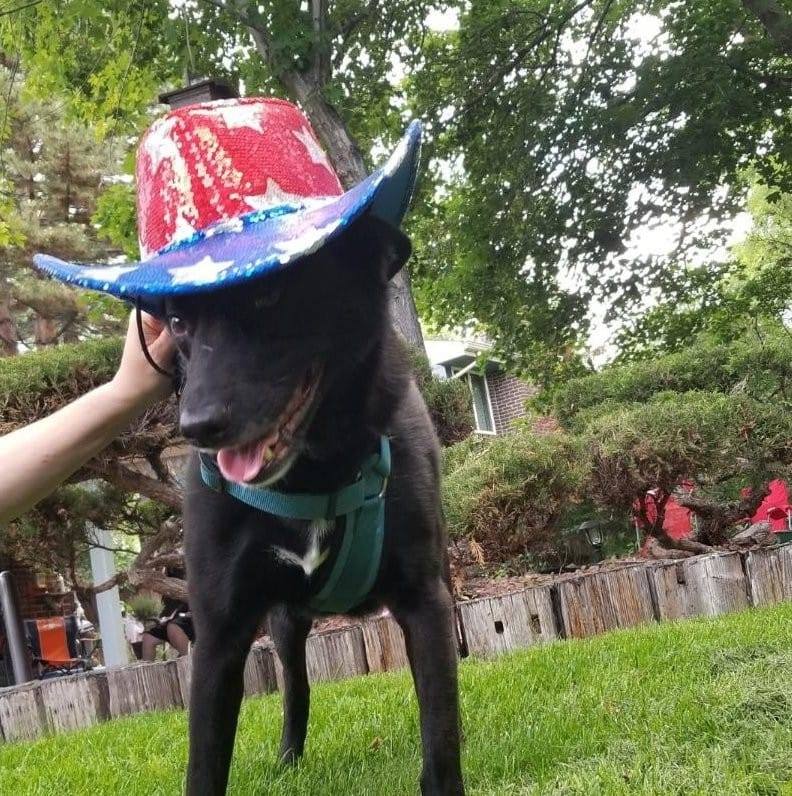 Lando is a straight-up mutt. But some of the best dogs are mixed breed mutts! Same with beer. Most beers are purebreds, so to speak, but blended beers can be amazing — particularly Firestone Walker’s anniversary beers. Like Lando, Firestone’s Anniversary Ales are dark, have some “teeth” to them with a high-ish ABV, and are great to relax with on the patio. 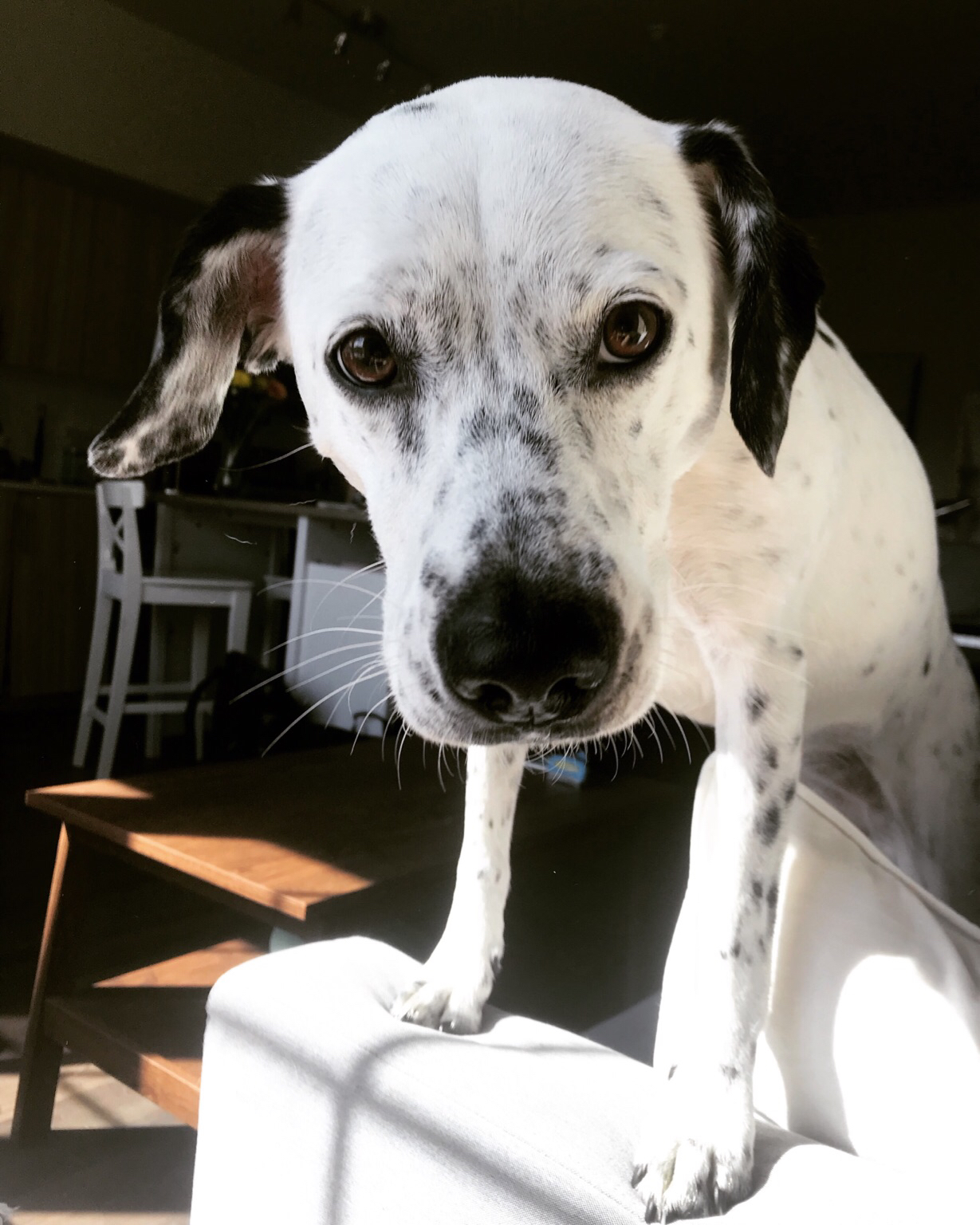 If Smudge were a beer, she’d be a milk stout. Where many Stouts have strong adjunct flavors or high ABVs, Smudge’s strength is in her personality. Even though she only weighs 35 pounds, Smudge’s personality is strong enough that when we make dinner reservations and bring Smudge along, we reserve for three. At the same time, after a day of activities, Smudge loves to slowly climb up on the couch, yawn, and collapse curled up next to us, preferably under a blanket. Just like a milk stout, she surprises us with sweetness.

There are some cats in this house! Phoebe has been around a little longer, but both of them bring so much joy to our home in their own ways! Phoebe is the cuddliest cat and is comfortable in any situation due to her easy-going temperament. There is no mistaking that she would be a Jack’s Abby House Lager due to her light demeanor and charming presence. Phoebe’s favorite place in the house is on my lap, and as of recent, Jack’s Abby House Lager has been a favorite to keep in my fridge. 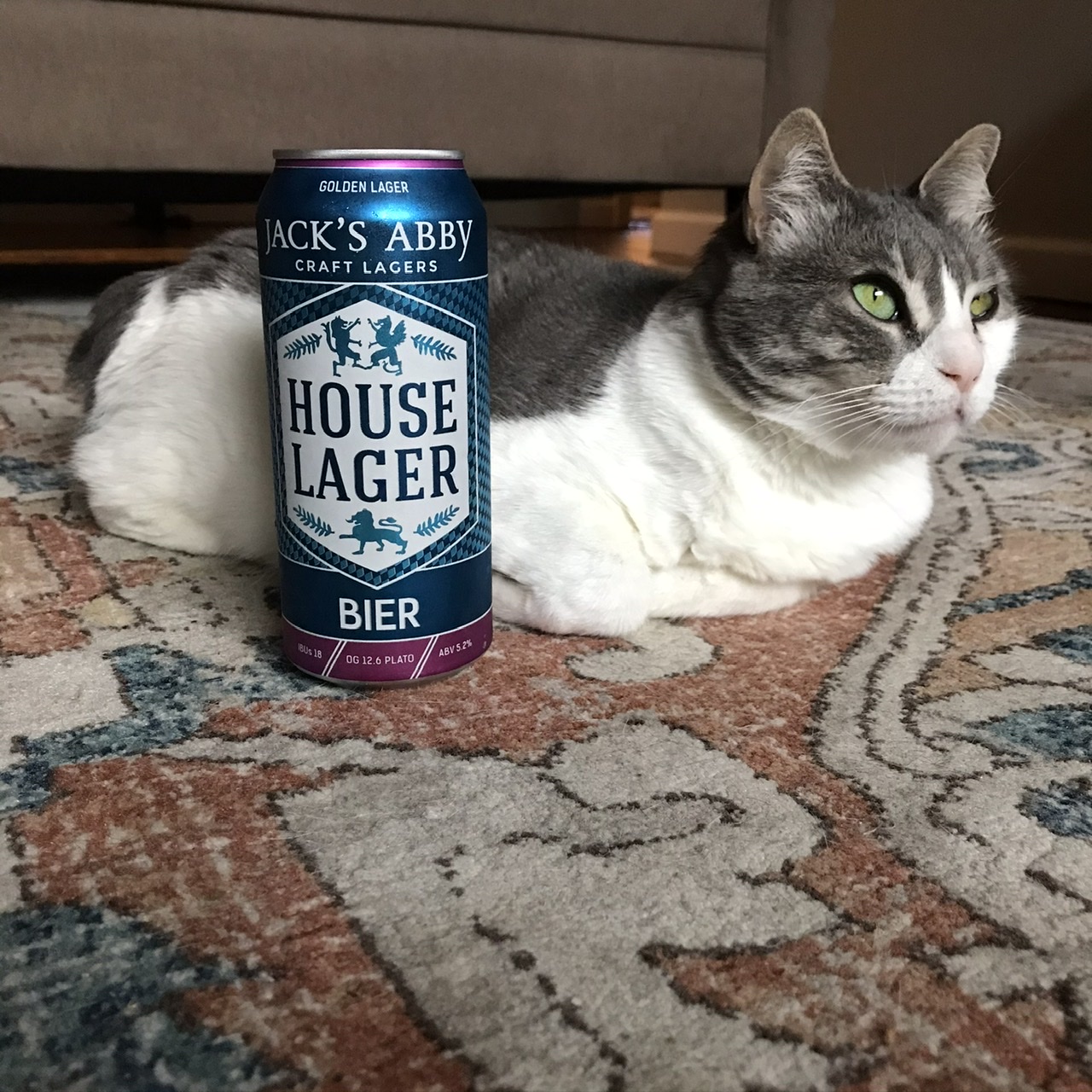 Peggy is incredibly energetic, vocal and always looking for the next toy to play with. Her energy is unmatched between bouncing around the house to constantly peering out the windows for new distractions. Peggy would absolutely be a Double IPA. The aggressive hop profiles and higher ABVs match her tendencies perfectly, as she moves on from one activity to the next in the same way that many Double IPAs swap hops from one recipe to the next. Wild Leap Brew Co.’s Alpha Abstraction Double IPA series matches Peggy perfectly. 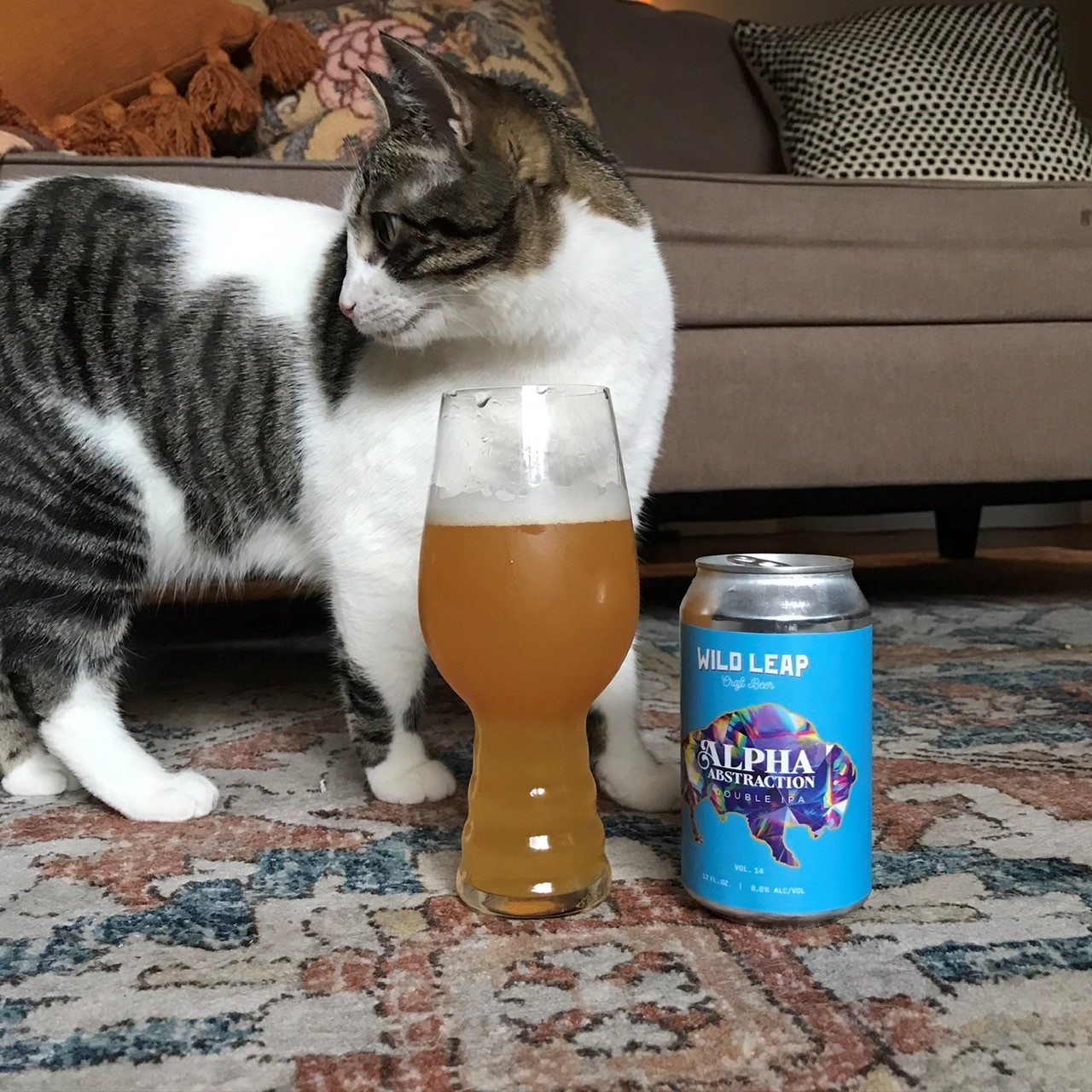