The American craft beer industry is still a relatively young movement — it started in the 1970s. The youth of our industry really shows when compared to the longevity of beer globally. Sure, the craft beer industry turns 70 this year, but prohibition is still in recent memory. Early pioneers of our craft moved mountains and steam-forged a path that led to Boston having its very own Lager and spectacular views from the coast of Maine.

Just recently enough breweries opened to surpass the estimated total of breweries prior to the 13 years of federal prohibition. Many states had longer prohibition eras than the nation as a whole, though. Georgia, for example, enacted prohibition in 1907 and continued it until 1935, two years after the federal drought ended.

Georgia’s own self-enacted prohibition likely isn’t too shocking given its location in the Bible Belt. When James Oglethorpe asked the British Parliament for a charter for soon-to-be Georgia in 1732 (and established in 1733), one of the main contingencies of the establishment was that Georgia would be alcohol-free. Luckily, this wasn’t permanent.

In 1743, about a decade after the founding, James Oglethorpe returned to London. One of his top military aides, Major William Horton, stayed in Georgia. Horton and his indentured servants finished construction of his tabby-style house, which still stands on Jekyll Island today. The structure is in the form of exposed outer walls and foundation. The Horton land plot contained more than just a house, though. It was also home to Georgia’s first brewery — or at least the place on record as to where Georgia colonists first drank brewed beer. William Horton like many settlers grew crops on his land for food and trade. Georgia’s climate also allowed for the growth of some hops and rye malt.

Fast forward almost 300 years, and much like the Horton House itself, brewing in Georgia is still happening across the state from the North Georgia Mountains to Atlanta to what would now be William Horton’s backyard near the Georgia Coastal Islands. In Athens, Georgia, Athentic Brewing Co. recently released a pre-Prohibition-style Pilsner, Horton House, with namesake paying homage to the first brewery in the state.

As mentioned, Georgia had an elongated prohibition era, but prior to 1907, there was a considerable amount of brewing happening commercially. For example, in 1903 the Atlanta Bottle & Ice Company brewed around 75,000 bbl (barrels) a year. However, Georgia has always had a complicated and murky history with politics and booze. Laws existed after prohibition ended and it was the 1990s before a craft brewery opened here. Some production facilities built for “big beer” companies opened in Georgia throughout the twentieth century. Craft breweries could not plant roots as easily, however. Prior to 2004, though, craft breweries faced an uphill legislative battle (they still do), which caused slow sprouting of the craft beer industry. Laws began changing to help the industry in Georgia starting in 1995, but there’s still work to do. The first major law change didn’t come until 2004, though.

Athentic Brewing Co.’s Horton House Pilsner is brewed with 100% Thoroughbred 6-row barley rather than 2-row. The 6-row malt has higher diastatic power, but also 6-row allowed for more of a grainy, hay-like flavor once finished due to being the sole malt used. The malts came from Carolina Malt House, in Cleveland, North Carolina, with the goal of getting as local malt as possible. The 6-row shines throughout as the extra protein in the lipids causes for prominent head retention. 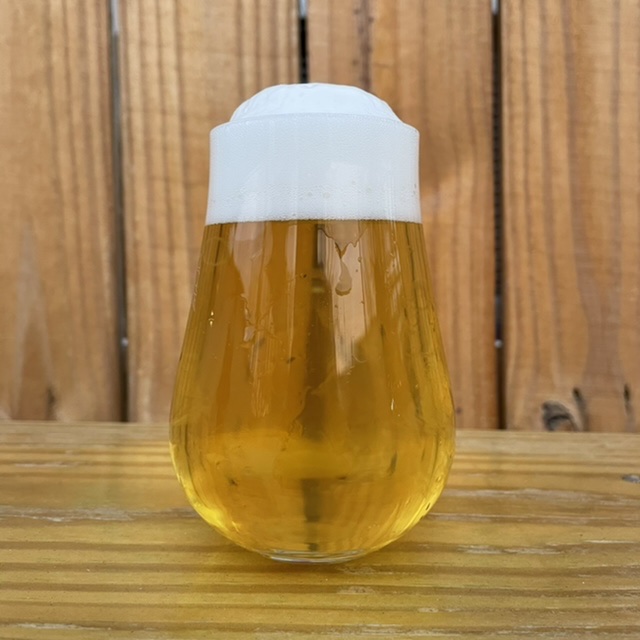 It’s tough to know what hops or malt Major William Horton used on any of his brews during his life at Horton House, but for this pre-Prohibition Pilsner, Magnum and Loral hops went into the boil. Once the wort was in a fermenter, a German Bock Yeast was pitched while Horton House Pils lagered for a month.

There was talk about using corn in the recipe, which colonists like William Horton very well could have used. But, it was skipped instead so that the simplicity of the 6-row (simple in being the only malt used) recipe could have the spotlight. Early colonists commonly fermented their beer with any leftover grain or produce they had, so William Horton could have had his very own single malt 6-row beer.

What can you expect when you order a Horton House? First, through the prominent head, your nose is met with a floral and earthy scent from the Loral hops. As soon as you take that first sip, the 6-row barley begins to shine again. It’s a unique taste that lands somewhere between hay and crackery — but not bready. Horton House is light-bodied and refreshing throughout each sip at about 5% ABV. It pours a golden straw color with a steady white foamy head. It’s dry and crisp but earthy and substantial with a moderate bitterness that’s welcoming but not overwhelming. 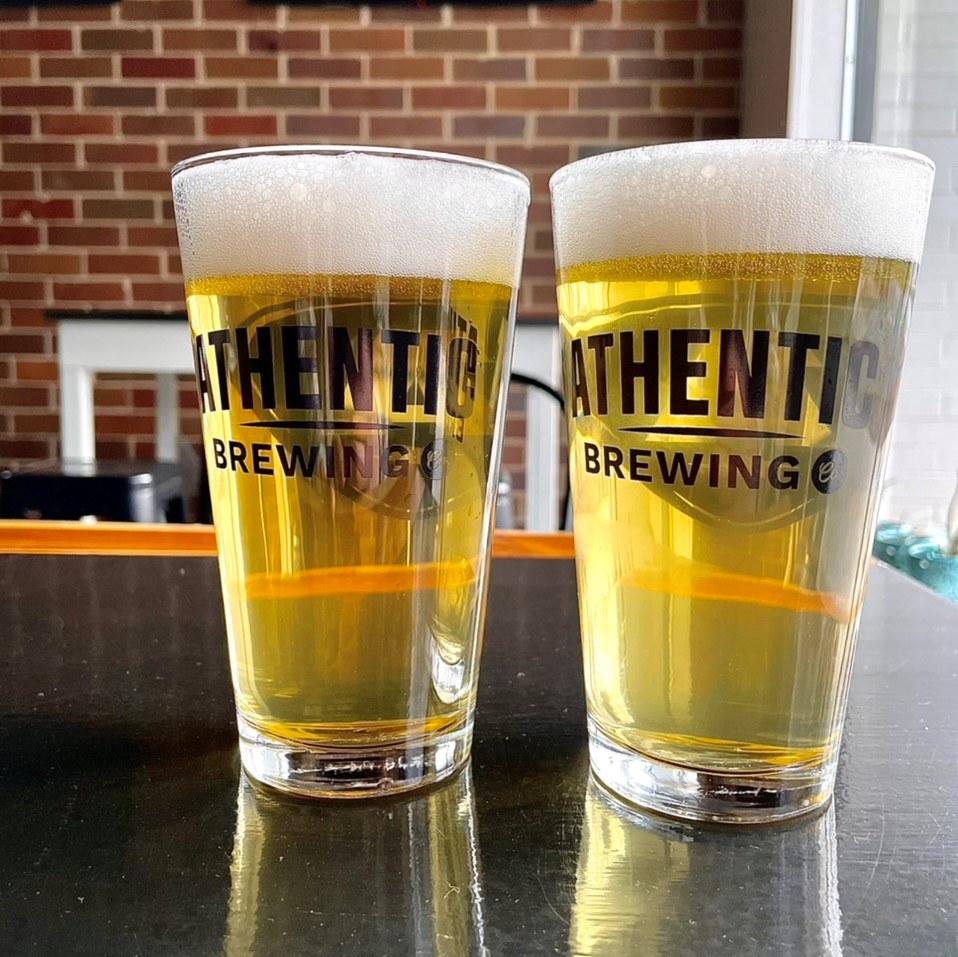 William Horton brewed beer at his home back in the 1740s. There have been almost three centuries of brewers in Georgia since the first pints were flowing throughout Horton House. Today’s beer industry is probably beyond the wildest dreams of the people who lived in Georgia in the 1700s. Next time you’re at the bar around town, order up a pint of history to enjoy as you sip down Athentic Brewing Horton House.

Disclaimer: The author is now an assistant brewer at Athentic Brewing Co., but he was a beer historian long before.