Did you know that there is some kind of beer festival in Denver this weekend? Just kidding! We all know that GABF is coming up fast, and Twitter has been humming nonstop. What do you get when you mix a week’s worth of normal beer news (and nonsense) with a healthy serving of GABF news? You get one heck of a migraine, but you also get The Weekly Buzz!

What costume will you be wearing?

Check out these events to support breast cancer charities!

We are taking our annual breast cancer fundraising experience, Treasure Chest, on the road!
Find an event near you: https://t.co/B8AX5nZ9hp pic.twitter.com/xFGisPXPoK

One of each, please! And keep ’em coming!

What beer will you be filling your cup with first?! So. Many. Options. #HarpoonOFest pic.twitter.com/VdExurExjv

Donate to a great cause, and get a chance to win this sweet ride!

Enter @CANdAid's #JEEPstakes now! The more you donate, the more betta' your chances at driving off in a new ride https://t.co/M5zADNbTF0 pic.twitter.com/9XdVGOPFl7

That Puff tho… ?We're excited to announce that our cloudy Puff IIPA took home a silver medal at the 2016 @cancanawards ! #PuffIIPA pic.twitter.com/JJtZjGGtzD

If you really want to know what's behind the blue and white, get your #Oktoberfest on. https://t.co/ihg0jaa7Lm pic.twitter.com/sV3giTMVsc

Ever wonder how you turn a 200lb bale of hops into 1/4 bales? Chainsaw, food grade oil, slow motion and brute strength pic.twitter.com/Nl3w8GEMpb

Never turn down an opportunity to learn!

Whiskey finished in beer barrels? It seems backwards, but I definitely want a bottle…

#Jameson whiskey finished in craft beer barrels. It's not magic. It's #JamesonCaskmates. pic.twitter.com/2C3GUtpNB5

Bartenders and servers, we salute you!

Our condolences go out to those that work weekends. pic.twitter.com/UibilNIIjN

You know this would look great in your yard. Enter to win!

At least one pumpkin beer didn’t succumb to seasonal drift!

Master of Pumpkins – subtly spiced with cinnamon, clove, ginger & nutmeg – is now available at the brewery. Watch for it elsewhere next week pic.twitter.com/Y6fgSwYMg4

Need a job? Check out this Open House!

We're hiring at the brewpub! Come by our Open House this Sat 10/8 from 10a-2p to learn more…. #jobs #netDE pic.twitter.com/PGEABTxGOE

There aren’t many things more beautiful than a crane hoisting a huge tank.

Check out our pretty new tanks we just landed. Just a little kick off to what will be an awesome GABF week. Come by and help us celebrate! pic.twitter.com/8xLjeTz4vL

I needed a beer to get through the debate, too.

Celebrating Halloween is a no-brainer, according to zombies! Join us at the Monster's Ball… https://t.co/3PmPIxBlF3 pic.twitter.com/oVhFauVcPl

In this friendly wager, no one really loses.

When foul weather is moving in, you have to have your priorities in order.

Most important part of hurricane shopping is the beer @sweetwaterbrew *empty spot if from my case ?? pic.twitter.com/ybr2g5tzbB

Get your geek on by getting autographs from your favorite beer writers!

Book signings with your fav authors @ Beer Geek Bookstore! Check out the daily schedule in the FREE My #GABF app. https://t.co/GjA15pe1jl pic.twitter.com/ZBQt0OoYWd

Colorado! A list of 20+ events that will feature our beer this week + our #GABF pour list: https://t.co/0PT7mySUvp @CrookedStave

#GABF Associate level sponsor @Yardhouse is @SheratonDenDtwn for Tap Takeovers Thu-Sat. Don't miss it, when they're out, they're out! pic.twitter.com/HCivoOBmjf

Happy #GABF week! Here is where you will find @LeftHandBrewing. pic.twitter.com/Ml3UZfRByX

Sam’s giving the personal touch to the sign for Dogfish Head’s GABF Booth!

We found Sam working on the sign for this year's @GABF, and boy does it look like a good lineup! #GABF pic.twitter.com/9628kmrGBx

A Two-Tone GABF event list from the Rude Boys at Ska Brewing!

The Ska Brew Crew is heading to #Denver for #GABF! We’ll see you all there! …And find us @TCOdenver for the new #PilsWorld #GABF2016 pic.twitter.com/XWpSjRXuZw

What’s Boulevard going to be up to during GABF? Click and see!

Headed to Denver this week for @GABF? We’re sending out a crew from Kansas City for a week of events! Full schedule: https://t.co/UUESOYOhUd

Now that’s what we call innovation!

Excited to be in Denver setting up for @GABF! Come out 10/6 to Herb's Bar Denver 9PM-close for @tentshowkings music & our beer & cocktails! pic.twitter.com/2KgdBT6CYZ

Little guy was so excited for GABF that he tuckered himself out!

Head Brewer DV PUMPED to be on the way to Denver for #gabf2016 pic.twitter.com/DaL1G0FP9s

Victory and Southern Tier are all set up and ready to start pouring beers!

Which brews do you think are coming home with gold?

#GABF the largest commercial beer competition in the world is being judged as you read this. That's 7,301 beer entries from 1,783 breweries! pic.twitter.com/YewXzwVwAm 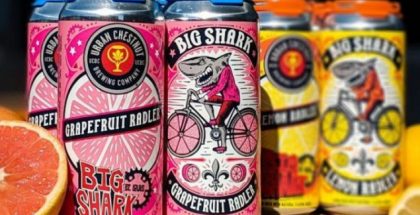