Chicago’s largest craft brewery will be searching for a new head brewpub brewer as Revolution Brewing’s Wil Turner is making the move to the Southside where he will become Open Outcry’s new head of brewery operations.

“We’ve been incredibly lucky to have Wil as our Head Pub Brewer the past seven years,” Revolution’s Director of Retail Operations Meg Rutledge said. “Someone with his talent and decades of experience is hard to find, and it will be tough to see him go. At the same time, Open Outcry is getting a great brewer, and we wish Wil all the success in the world.” 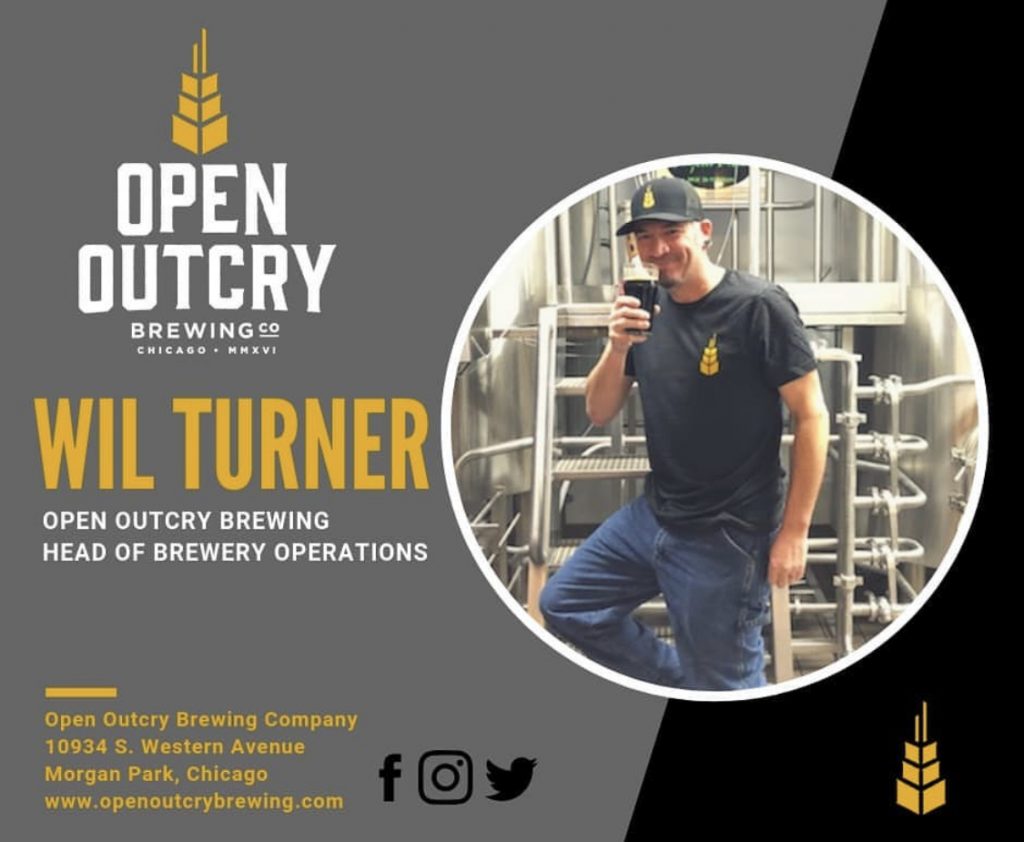 Open Outcry prides itself on being a Southside brewery and that was part of the appeal for Turner.

“He’s a Southsider and has been a customer of ours since we opened,” Open Outcry owner John Brand said. “I’ve gotten to know him fairly well the last year and a half, not only is his pedigree and background extensive but he’s an incredibly nice guy.”

Turner will begin brewing at Open Outcry full time after FoBAB which takes place on November 17. As someone who has won a lot of awards for Revolution on the Northside, this is a big boost for the Southside craft beer community.

“I’m really excited,” Brand said. “Not just for us, but for Southside craft beer in general. Traveling south of the loop for many Northsiders for beer has never been part of the conversation. With Wil moving from the Northside to the Southside, that changes the conversation. There’s great beer being made down here by Whiner, Horse Thief, Argus, Blue Island and all the south side breweries…maybe having a household name like Wil Turner will compel people from the Northside to travel to the Southside and drink our beer.”

Open Outcry is known for their hazy IPAs, cream ale and stouts. Turner will be taking over a beer portfolio that is very well established, but he’ll be able to add his own signature style to the lineup.

With his knowledge of barrel-aging and brewing in general, Brand knows how important of a hire this is for his brewery.

“He brings technical brewing expertise and experience that any brewery would salivate over,” Brand said. “Any style we’re going to brew, he’s brewed a million times in the past. That will lead to rock solid representation of any beer style that we brew up and down the beer portfolio.”

In addition to Open Outcry’s existing lineup, Turner will have free rein to add new beers to the list and really expand the offerings of the small Beverly brewery.