Another brewery trying to preserve the environment. HOORAY!

We're proud to have made the list of 10 zero-waste companies that are doing their part to conserve the environment. https://t.co/A6gWNHwk24

I can’t think of a better release date.

We're releasing our Devil's Hearth #BelgianTripel at both locations just in time for Friday the 13th. Stay tuned #lvbeer pic.twitter.com/4uWOPDCIb5

Go drink for a good cause!

An abnormal collaboration is happening.

I bet you hope those cans will make it to your area.

Loading up the canning line for the first-ever run of Flesh & Blood IPA!! Coming at ya soon…. pic.twitter.com/2kqZxNDpQC

Will someone cook this for me?

I though Argyle was an engineer in Star Trek: The Next Generation…

Here's to another year filled with random holidays no one knew existed. Use the excuse to #RaiseYourAnchor! #NationalArgyleDay pic.twitter.com/v17DhbuZ7R

This seems like the opposite of “craft” to me.

Interesting news out of Michigan.

After a nearly four-year absence, Mysterium, our refreshing ale spiced with cardamom and chamomile is back! #duclaw #cbcrbd #CraftBeer pic.twitter.com/gTQVNDI4C5

This. All of this. In my belly. Please.

Sucaba is taking a "Sucabbatical" this year (see what we did there?!), so stock up on bottles at FW locations now! New beer coming Feb. 4th! pic.twitter.com/h71PamLpX0

Every business can do a little more to help the environment!

We pledge to do our part to create a #LowCarbonUSA and ask US leaders to do the same. Join us? https://t.co/ojz7cVTZ0E pic.twitter.com/52B4lGflPw

I wish this photo was scratch-and-sniff.

If you can’t have beer, you should definitely have this.

Guess what kids? Jamie's decided for this year's #SexualChocolate release (Jan. 28) that there will be NO BOTTLE LIMIT on purchases. #gonuts pic.twitter.com/M99xlsG4U2

Oh, Boulder Beer, the pipes, the pipes are calling…

Here's a sneak peek at a special beer we're brewing just in time for #StPatricksDay! May the road rise to meet you. #Slainte! #coffeestout pic.twitter.com/CHPQhfHlTG

Go taste some rare beers. You won’t regret it!

Some new art for an old standard.

Is this a bad time to reveal our new #StoneIPA label? pic.twitter.com/tHitAHq7RG

This giveaway is EXTREME!

?EXTREME GIVEAWAY!? Enter to win a pair of tix to @BeerAdvocate Extreme Beer Fest and a two night stay in Boston -> https://t.co/UDXROcRgUd pic.twitter.com/C0wIOXZT9l

Check out our new release Liberty IPA, a bold and modern twist on an original craft classic Liberty Ale.https://t.co/lSlV5x3gH5 pic.twitter.com/SHOhxac9fp 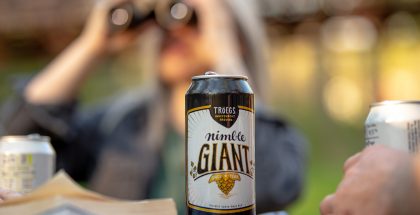 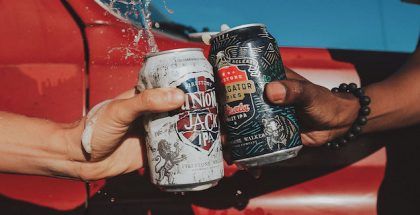