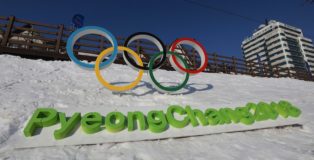 The 2018 Winter Olympic Games are just around the corner, and athletes from around the globe and all walks of life will be heading to PyeongChang to compete on the world’s stage. Each one of them striving for that common goal: to achieve personal triumph and stand on top of the podium as Olympic champion. For those of us that didn’t quite qualify this time around, we are perfectly content enjoying the competition from the comfort of our couches usually with a few beers. So here are some to pour that pair nicely with a few of the respected sports in the Games and their storylines that will be captivating audiences.    END_OF_DOCUMENT_TOKEN_TO_BE_REPLACED 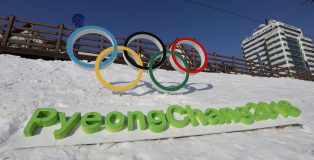 I don’t know about you guys, but I am fucking PUMPED for the Olympics. As with Eurovision and World Cup, I love any event where countries compete against each other without (much) bloodshed. As a boy from the frigid north, the Winter Olympics are my favorite and I think a ton more fun to watch. I’ve been prepping for PyeongChang in my own way; I’ve dusted off my skis (but not GS suit) and racing in a beer league. I’ve been getting blasted for making criticizing figure skaters (I am in the right. I will die on this hill.) and most importantly, I’ve been making some rules for us all to watch the biennial awkwardness of NBC trying to milk four hours of TV out of people walking in silly outfits across the stage.

END_OF_DOCUMENT_TOKEN_TO_BE_REPLACED 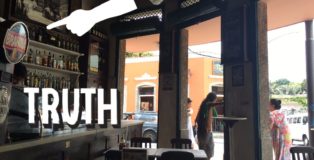 With the Olympics in full swing, I thought I’d take a few minutes to share some of the amazing beers I was lucky enough to try during our Christmas vacation to Rio de Janeiro. Brazil is one the most culturally diverse countries on the planet with huge influences from Africa, Europe and Asia. Brazil’s Portuguese ties are obvious, but as I was learning more about the country before our trip I was really surprised to find out that Germans are the fifth largest nationality to immigrate to Brazil*. The German population rooted themselves in the southern region of the country and have made their mark nationwide on Brazilian beer. END_OF_DOCUMENT_TOKEN_TO_BE_REPLACED 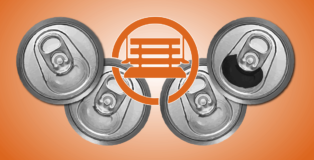 Last Friday began the 2016 Olympic Games from Rio. During the opening ceremonies we were entertained by a show of Brazilian culture, Olympic spirit, and women were able to drool over that overly oiled half naked guy from Tonga. For the next couple weeks we will cheer on athletes such as Gabby Douglas, Shalane Flanagan, and Michael Phelps. We will learn about sports we have never watched before and root for athletes we only hear about every four years. END_OF_DOCUMENT_TOKEN_TO_BE_REPLACED 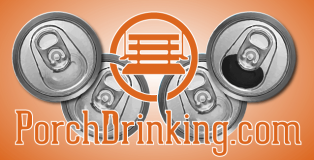 It’s Summer Olympics time. Sure, a flight to Rio is expensive. So, stay home, turn on the T.V. and have a flight you can afford — an international beer flight. Anthony Norkus, who specializes in imported beer for the 127-year-old Chicago-based Louis Glunz Beer explained, “The international/import beer market is aggressively trying to stay relevant as much as the American craft breweries. Due to this we are seeing a lot of innovation coming out of breweries that are hundreds of years old.” END_OF_DOCUMENT_TOKEN_TO_BE_REPLACED

END_OF_DOCUMENT_TOKEN_TO_BE_REPLACED 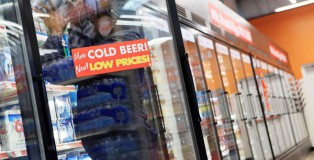 So are we drinking cheap beer again or not? While American sales might be down, distributors are backing off of the craft beer craze and pushing “cheap beer” ad campaigns further. I guess we’ll just have to wait and see. But it’s okay, because we still have Sam Calagione to show us how we’ve been drinking our beers wrong all along anyway.

END_OF_DOCUMENT_TOKEN_TO_BE_REPLACED 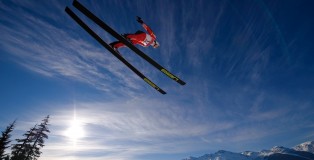 END_OF_DOCUMENT_TOKEN_TO_BE_REPLACED

I may be a bit biased with this one, because I’m OBSESSED with the Olympics.  I mean, hum along to the Olympic Fanfare every time they play it on the TV until my husband stares at me like I’m nuts, … END_OF_DOCUMENT_TOKEN_TO_BE_REPLACED 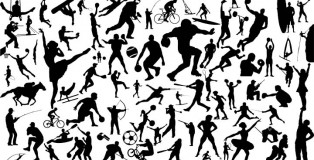 So you call yourself a sports fan? The Super Bowl hangover commonly refers to the Monday morning after the Super Bowl; however, from a sports fan’s perspective this refers to the down time between the end of football season and the beginning of NCAA March Madness. But this year especially, I am here to tell you that your sporting fanhood should be rejoicing, not pouting. Here are three things you need to be watching if you call yourself a sports fan.

END_OF_DOCUMENT_TOKEN_TO_BE_REPLACED

This installment of the PorchDrinking Playlist was inspired by the Olympics closing ceremony—specifically, the Spice Girls’ performance. When they came out, the 90’s child inside me went like this:

Here are some of my favorite 90’s songs. We … END_OF_DOCUMENT_TOKEN_TO_BE_REPLACED

Covering sports a week after the Olympics feels kind of like showing up for midnight at Time’s Square on January 2. But still, plenty of stuff happened in sports this week. Here’s what you might have missed:
END_OF_DOCUMENT_TOKEN_TO_BE_REPLACED

Hello, and happy Friday to all of you. There should be an exclamation point there. I know this. But I’m just not quiiiiiite able to put myself out there like that. What if someone were to think less of … END_OF_DOCUMENT_TOKEN_TO_BE_REPLACED

Sports have entered their annual late-summer Twilight Zone between baseball’s dog days and the collective anticipation of what’s to come in fall and winter. Thankfully, we can enjoy the Summer Olympics every four years. The thirtieth Olympiad has taken … END_OF_DOCUMENT_TOKEN_TO_BE_REPLACED

The opening ceremony for the 2012 Olympics was, what’s the word I’m looking for … spectacularly weird, boring, insufferable? Let’s go with just weird. But those weird opening ceremonies mark the start of the most exciting two weeks in … END_OF_DOCUMENT_TOKEN_TO_BE_REPLACED

On Wednesday, douchebag hack newsman Sean Hannity scored the first interview with George Zimmerman. During the interview, Zimmerman, in a moment that exposed himself as either a total nutball or someone who takes his lawyer’s … END_OF_DOCUMENT_TOKEN_TO_BE_REPLACED

It’s hot in America right now. All across the country, people are experiencing temperatures over 100 degrees. It’s so hot, people are staying in bathtubs filled with ice all day. It’s so hot, San Diego decided to do their whole … END_OF_DOCUMENT_TOKEN_TO_BE_REPLACED