Deep, rich, robust, and smooth. These are all flavors that make up Bell’s fifth Planet Series brew, Saturn, The Bringer of Old Age. A … END_OF_DOCUMENT_TOKEN_TO_BE_REPLACED 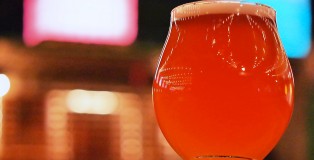 They say Texans are crazy and indeed we are. For one the weather in Texas can be quite temperamental, going from incredible warm sunny days and then dropping to freezing temps on another.

Luckily for us, the weather has been in our favor lately. So good, that it’s allowed for nights on the patio accompanied by great friends, a craft beer in hand and Cards Against Humanity mayhem. Causing for one heck of a hilarious and memorable game night! END_OF_DOCUMENT_TOKEN_TO_BE_REPLACED 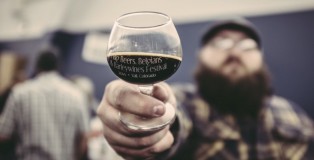 Laura Lodge is a pro. Checking in at a slender 5’4”, with conservative short locks, a focused, almost librarian-esque demeanor, Laura is on the whole unassuming. … END_OF_DOCUMENT_TOKEN_TO_BE_REPLACED 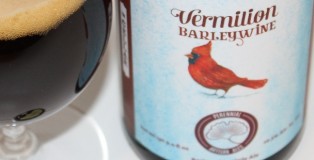 Perennial Artisan Ales’ Vermilion Barleywine is a big, sweet softy. Little to no heat from its big ABV, this is a smooth drinking English Barleywine you can drink on the dark days of winter or on a warm day while barbequing.

END_OF_DOCUMENT_TOKEN_TO_BE_REPLACED 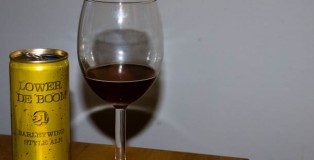 I normally do not drink things out of small cans. The only things that come in small cans are energy drinks and pineapple juice. I was, however intrigued when I spotted a four pack of 21st Amendment’s “Lower De Boom” Barleywine on an endcap. It was on sale – the deal was sealed. END_OF_DOCUMENT_TOKEN_TO_BE_REPLACED 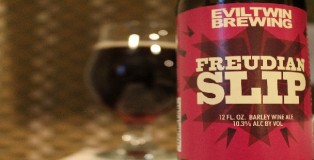 A Freudian slip, also called parapraxis, is an error in speech, memory, or physical action that is interpreted as occurring due to the interference of an unconscious (“dynamically repressed”) subdued wish, conflict, or train of thought guided by the super-ego and the rules of correct behavior. They reveal a “source outside the speech”. The concept is thus part of classical psychoanalysis.

Blah, blah, blah . . . Outside of psychoanalysis, Freudian Slip, should only refer to a beer made with no mistake, no error, no subdued wishes, no conflicts, no trains of thought derailed . . . And if my super-ego wants to delve into a delicious American Barleywine like Freudian Slip, so be it!

END_OF_DOCUMENT_TOKEN_TO_BE_REPLACED 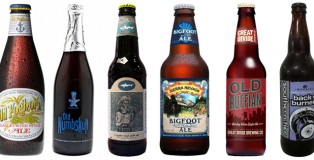 I love all things barleywine. Although I enjoy them year round, I believe that fall is the best season to sit back with a slow sipper and truly appreciate this robust style of ale. If you are like I am, handsome and mad-funny, barleywine ales stir up a slew of recollections and a certain sense of decadence. I picture a dreamy, dreary evening spent in front of the fire (insert favorite place to hang out) with a snifter of ale being slowly nipped from the glass like a whiskey or fine port. There are few greater occurences than enjoying finely crafted old ales when the weather is less than warm. Traverse the variations of booze-laden bliss with me as I highlight my Ultimate 6er of fall-friendly barleywine ales.

END_OF_DOCUMENT_TOKEN_TO_BE_REPLACED 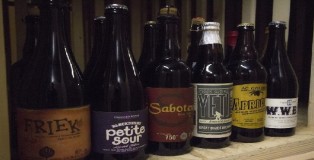 Although they may not have “and Beer” in their moniker, they have been appropriated with that name by yours truly.

We all know much like wine, beer has the ability to age, evolve and develop complex new aromas and flavors. Think that Dogfish Head Olde School Barleywine is a loaded treat right now? Try it in 10 years, when it has smoothed out into a melodious elixir commendable only by a snifter. Time, along with yeast and bacteria, can polish a beer’s rough edges and unlock its full potential—or, given a few months too many, create a liquid best sent down the drain. I found the perfect place to help me prevent most drain pours and it is right down the street from my employer. Enter Corkscrews Wine “and Beer” Storage of Denver and how they are changing the face of craft beer and long term storage.

END_OF_DOCUMENT_TOKEN_TO_BE_REPLACED

Southern Tier calls Back Burner an “imperial barley wine style ale.” As it turns out, barley wine is not something hobbits drink. I know, I feel completely betrayed too. It took me, like, a half an hour to get my Frodo costume together. It is, however, a super tasty beer with a respectable alcohol content. END_OF_DOCUMENT_TOKEN_TO_BE_REPLACED